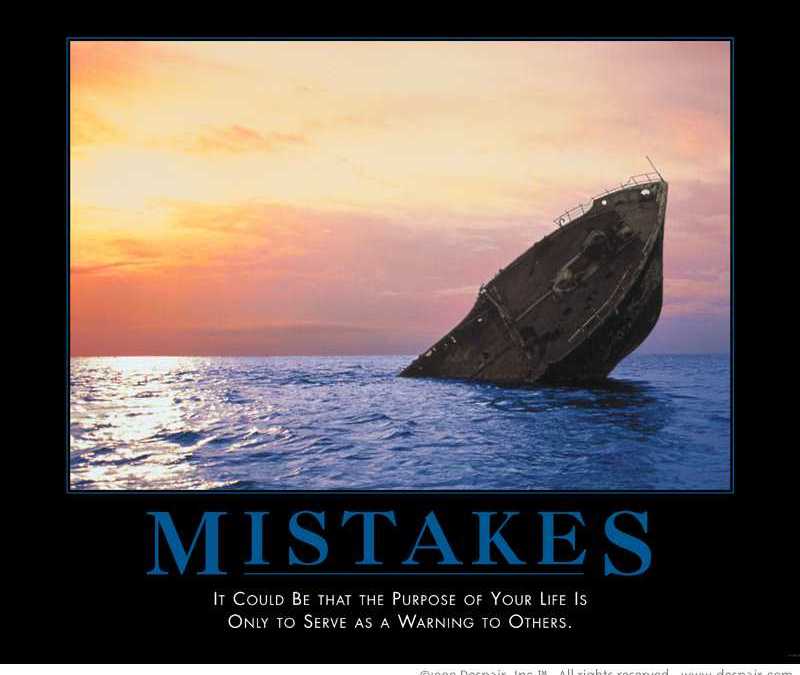 Of course, you would.

But job interviews are tough to crack. You speak with people you know for the first time, trying your best to impress by responding to questions you would never think of.

The air is tense, and the gazes from the interviewers can give any brave souls shivers down their spines.

Next thing you know, you are saying things even your mother would not approve of.

And it’s not just limited to what you say. Things you do before and after that could equally ruin your chance of scoring that job.

And that started my journey to ask numerous career coaches and hiring managers what are the worst job seekers mistakes they had seen.

Special thanks to e2i career coaches for their insights below. If you don’t know it yet, e2i was set up by NTUC in 2008 to provide career guidance to Singaporeans, assist in developing their skills and helps to match them to job opportunities across a variety of industries. You can approach e2i for advice on how to get better jobs and better pay, and check out their online career tips here, and their interview tips here.

Whether you are fresh out of school or going into your final career, here are xx mistakes you don’t want to make:

FROM THE CAREER COACHES:

1. Getting on bad terms with their boss, and then applying for other jobs through their managers’ contacts (Ong Shi Ning, e2i)

What happened, in the end, was that their boss ended up telling all his friends not to hire the employee

3. Putting the cart before the horse (Vincent Wee, e2i)

This means back when they were pursuing a course (degree/diploma) they succumbed to peer pressure / parental pressure/hearsay of what jobs pay highly and hence decided on their educational path on those aspects, only to find themselves hating their job in future

Tip: understand your skills, strengths, personality, interests, and what motivates you – then identifying the right courses which will lead you to the right career paths

4. Not willing to accept or admit that they may have blind spots (Anonymous)

Tip: Be willing to work out possible areas of self which need improvement and be prepared to accept correction

5. Telling the interviewer all the factors of a job they can’t commit to (Celina Koh, e2i)

E.g. “I can’t work in a job which starts at 10 am because I won’t be able to wake up for it” / “I need a job where the employer understands I can’t head to work when it rains on that day.”

This jeopardises their chances of even getting hired when they state too many expectations – they first need to make the interviewer or recruiter even want them first and hold back on all their ‘wants’ and ‘cannots’. It puts off the interviewer because it spells out your inflexibility.

Tip: Don’t limit yourself so much. Ensure the ball is first in their court then at later stages check with the recruiter on some of the more practical and realistic factors about what the job requires

6. Putting their boss as their referral when they had bad relations with their boss (Yogeswary D/O Nithiah Nandan, e2i)

Clearly, they aren’t going to have anything nice said about them when the HR department of a prospective company calls the referral party up to ask about this candidate

Tip: Pick a reference who sees and knows the best parts about you

In the end, it all goes to the same HR department. The HR team will see this candidate as vastly desperate. HR does not like desperate applicants as they may view you as indecisive, or the fact that there must be something wrong with you which explains why you are desperate to get any job.

Tip: Find a position within that company with the highest chances of you suiting it and being qualified for it, and then apply only for that one.

Does not reflect professionally of you. Especially important when you’re applying for a job which requires a good command of English (Like a communications-related position)

Tip: Do checks. Download an app called ‘Grammarly’ which can be used in Microsoft Word to check your resume

9. Too fixated on applying for only certain types of jobs (Charlene Ong, e2i)

Tip:  Be more open to jobs from various industries and organisations. There may be more room for growth and development in a smaller set-up than in a multinational company.

Observation: These type of people do not understand the job requirements of the jobs they spam apply for. They probably do this because they do not know what the job market is like nor what employers are looking for. They end up jeopardising their chances of clinching interviews and do themselves a disfavour in the end.

Tip: Understand the job description and requirements.  Then customise your resume, using relevant keywords and showcasing their strengths and abilities to the recruiters.

It is the trend for employers to rely on Application Tracking Systems to sieve out resumes which match their requirements.

Hence, it is vital for a jobseeker’s resume to be clear and concise with the necessary keywords to increase the percentage match.

Job seekers should view their resumes as a powerful marketing tool and a stepping stone to interviews.

11. Not willing to let go and move on (Muhammad Hairwis Bin Mahat, e2i)

People who had come in overwhelmed with the frustration of why they have done steps 1, 2 and three but still do not have their results of the job they want à they were not willing to let go of their ideals.

In the end, they were unreceptive to advice and refused to believe that it could be anything related to what they had to change about themselves – hence did not receive any help (did not let themselves be helped). At this point, as a coach we can’t do anything until they change their minds

Tip: calm down and be open to suggestions – and try it before shutting the door and giving up instantly

12. Everything including the kitchen sink (Gerald Tan, Stat board)

The inclusion of info like photo, NRIC, Address, Age, Nationality, Marital Status in the resume. These could be used against the job seeker.

AND FROM THE HIRING MANAGERS:

Writing experiences/skills that he is not well versed in. When discussed deeper, you realised he only touch the surface and never understood it.

Over-selling himself in the resume. Sometimes the candidate is doing fine and should be able to get the job. But when he described himself as a superstar but turn out not, in reality, there will be hesitation in hiring him. We might think he’s good at throwing the smoke bomb.

14. I have the company name tattooed on my body (Karen Tan)

Statements such as “If you hire me, I will be so loyal that I will die for my boss.”

MIA after accepting a job. Typically, the reason is that they have another seemingly better offer.

And the most interesting part is that the other offer fell through, and the job seeker resurfaced and ask if your offer is still on the table

Thinking that all interviews are the same. Too many candidates take the same method to every interview and are caught by surprise when a late round interviewer isn’t interested in doing a chronological review of their resume.

Not doing sufficient research on the company and position that they’re applying for. Just like cold emails, personalise applications can help one stand out.

18. You owe me a living (Styles Chong, Carnation Footcare)

Coming to an interview as if we business owners owe them a living.

Asking for ridiculous salary (without experience) just because they are willing to learn. Insist of setting an appointment at a later time in the day because “I want to go to my grandma’s house after this.” Not kidding, I stroked her off the list of interviewees straight.

Some candidates asked me, “Do I have to work very hard to get the sales?” I rolled my eyes. What is attainable without the willingness to work hard?

When applying for a job, for heaven’s sake, don’t sign off with “looking forward to hearing from you shorty”! Was told this at a job club up in Dundee!

Bringing their bf/GF/mother/grandmother etc. along for the interview. Simply not turning up without a call or email (and worse re-apply for the job again when we had another vacancy two months down the road).

Not reading the required background and just mass sending their resume to every position opening (we are in education and we receive resumes that says ‘looking for a rewarding career in engineering’ ????

Being late for the interview. Asking to change time/place of interview and asking if they’ll have to work so far and then whining if it is (like I’m going to pack up and shift my office for them).

Saying “I don’t know” (big pet peeve of mine in the age of Google)  I always pose a challenging question and the ones I look for are the ones who say “I’m not sure, but I can certainly look it up or ask around and get back to you”. That shows initiative.

Telling your interviewer that you wanted to punch your ex-boss in the face. Nope, definitely not going to hire you!

Agree to take up a position and then backed out of it, citing “mother/ father/husband doesn’t approve”.

From my experience as hiring manager, one of the worst mistakes is to say “no” when I ask “any questions you would like to ask me?”

28. Cannot tell me more about themselves (Samuel Ng)

Not prepared for the top 15-20 commonly asked questions

Sometimes, I will get answers on how their boss ill-treated him and will spoke negatively on their previous companies.

Verdict: – never spit on the hands that fed you.

I will not recruit him as he will also speak bad about us if he leaves in the future!

Cover Letter starting with “Dear Sir/Madam” even though the name of the Hiring Manager is mentioned in the Job Description.

Like to avoid these mistakes? Start with this interview tips video:

A truncated version of this article was originally published on Yahoo.