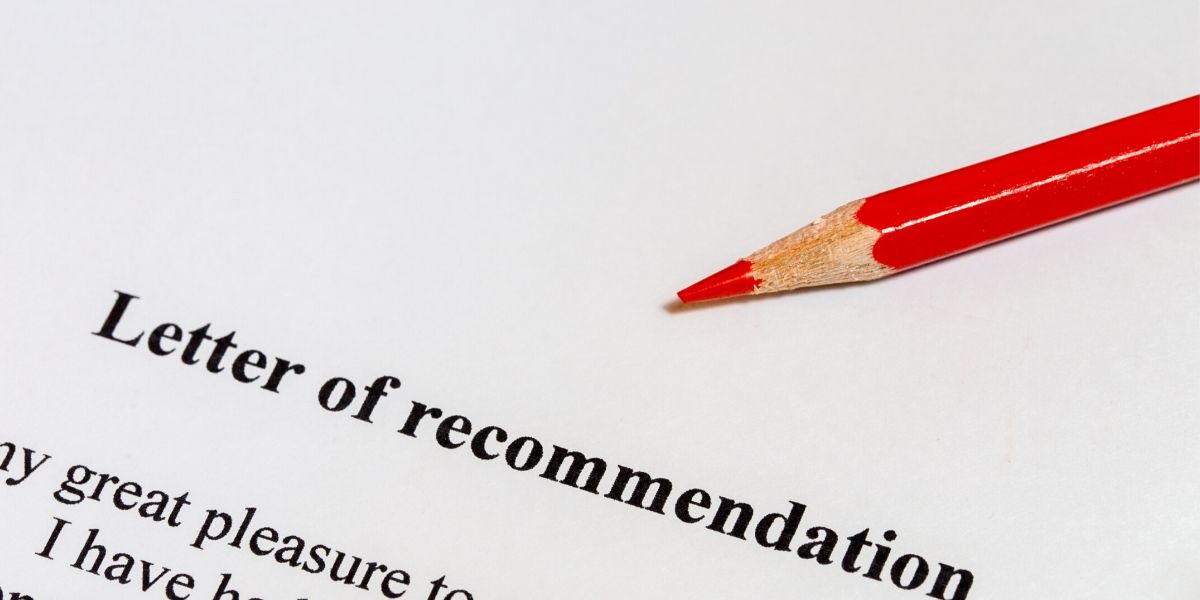 “Hi Jim, how are you? Could I ask for a favour? I’m applying for a new role, and would really appreciate it if you could write a letter of recommendation for me.”

John, your former employee, called you to ask if you could help him write a recommendation letter.

Now, you like John. John was an all-star performer when he was in your team.

Read on to find out! We’ve also created a recommendation letter sample below for you to download and use.

All You Need to Know About Writing a Recommendation Letter

ResumeWriter Tip: Unsure about what to say about the candidate? It might be better to politely decline his request. A letter of recommendation is a significant document! You should write it only if you have genuine and positive comments about the candidate. Not writing a letter is better than writing an inauthentic one.

What is a Letter of Recommendation?

A Letter of Recommendation is a formal business letter written by previous employers to endorse a candidate’s job application.

Some employers request applicants to submit 2-3 recommendation letters as part of the interview process.

This helps them get a better understanding of the candidate’s strengths and performance in previous roles. A recommendation letter also gives employers more insight into the candidate’s previous job scopes.

In most cases, you will submit the recommendation letter directly to the employer. The candidate will not know what you’ve written for him/her.

What is the Difference between a Reference Letter and Recommendation Letter?

A reference letter and recommendation letter serve a similar purpose – to vouch for a candidate’s capabilities, skills and character.

So, how are they different?

A reference letter is more general in nature, providing an overall assessment of the candidate’s strengths and skills. It can be used across multiple job functions and industries. Learn how to ask for a reference letter here.

In contrast, a recommendation letter is often tailored for a specific job opportunity. As such, the letter revolves around work scopes of that particular role.

How to Write a Recommendation Letter

Ready to write that recommendation letter?

Before we share our template, we suggest you ask the candidate for four things:

Read through the candidate’s CV and Cover Letter to better understand his strengths, career achievements, and how he had pitched himself for the job. You can also the candidate to share his own thoughts on his strengths and best accomplishments.

Do also scan through the Job Posting to identify the specific skills the employer is looking for in this particular role. These could include softer skills involving negotiation, communication, teamwork, and so on.

This way, you’ll be able to write a recommendation letter that brings out relevant positive traits and aligns closely with the candidate’s career narrative, placing the candidate in a stronger standing for the role.

With that covered, here’s our recommendation letter template:

Begin with a brief introduction, stating who you are, and your relationship with the candidate.

[Address the Hiring Manager directly if you can. Look to the Candidate’s Cover Letter for their name.]

I am writing to you to recommend [Candidate’s Name] for [Position]. I am [Your Position], and have been working in [Your Industry] for [Number of Years] years. [Candidate’s Name] and I have worked closely in the [Department Name] of [Your Company], where he has reported directly to me for the past 3 years.

Then split your Recommendation Letter into 3 main sections.

I am thoroughly impressed by [Candidate’s Name]. Ever since he joined [Your Company] as a fresh graduate, he has demonstrated remarkable professional growth and capabilities in [Areas of Strengths and Candidate’s Top Skills]. In 3 years, he has frequently outperformed his peers in [Focus Areas], and has even [Significant Achievements, if any].

[Candidate’s Name]‘s enthusiasm towards his work, and his drive to [Areas Where Candidate Added Value] shapes him as a valuable asset to our company. Apart from his technical know-how, he is also a [Soft Skill] and [Soft Skill]. He is a [Soft Skill].

I am extremely confident that [Candidate’s Name] would be a great addition to your team and organisation. Not only will [Candidate’s Name] be a great fit for [Position], but he will also strive to use his skill sets to help your company grow in the future. I am fully confident in recommending him as an employee for your organisation. If you have any further questions, feel free to contact me.

End your recommendation letter off with your name and contact details.

We use this same template in our full Recommendation Letter Sample here.

Recommendation of John Lim for Position of Sales Manager

I am writing to you to recommend John Lim for the role of Sales Manager at ABC Company. I am the APAC Regional Sales Head of XYZ Company, and have been closing Healthcare-related product deals for over 15 years. John and I have worked closely in the Sales and Marketing Division at XYZ Company, where he has reported to me directly for the past 3 years.

In these 3 years, I am thoroughly impressed by John. Ever since he joined XYZ Company as a fresh graduate, he has demonstrated remarkable professional growth and capability in executing every stage of our various sales pipelines. He is especially competent in managing relations with our Key Accounts and upselling our services. John is also adept at negotiating with our external vendors, ensuring operational costs are kept within budget. In 3 years, he has frequently outperformed his peers in exceeding Quarterly Sales Targets. A year ago, I personally promoted him to the role of Sales Manager for his stellar work. Two quarters ago, he secured double of our established Sales Targets in revenue!

This reflects his continuous zeal to excel, learn and grow professionally. John’s enthusiasm towards his work, and his drive to empower our clients with our services shape him as a valuable asset to our company. Apart from his technical know-how, he has stellar persuasion and listening skills. He serves as a natural guide and leader to his peers. They know they can turn to him for guidance.

I am extremely confident that John would be a great addition to your team and organization. Not only will John be a great fit for the Sales Manager role, but he will also strive to use his skill sets to help your company grow in the future. I am fully confident in recommending him as an employee for your organization. If you have any further questions, feel free to contact me.

Don’t underestimate the importance of a well-written letter of recommendation.

As a former boss, manager, client, and so on who’s vouching for a candidate, your words hold immense power.

Your words could sway hiring decisions and change a candidate’s future.

So, learn how to write a recommendation letter the right way with our templates and samples.

ResumeWriter Tip: Even if you’re not actively job hunting now, spruce up your LinkedIn profile, and have an updated CV and Cover Letter on hand. You won’t be caught off guard when a great career opportunity comes knocking.