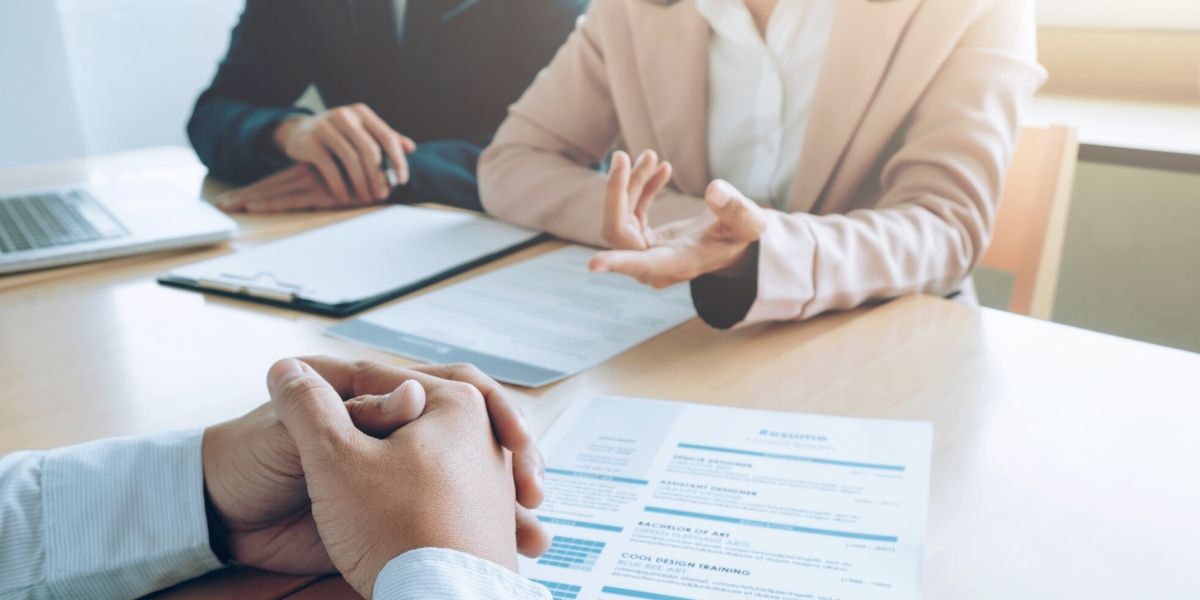 You’ve prepared for your interview. You’re ready for these common interview questions.

Half the battle is won.

We asked recruiters, hiring managers and career coaches in Singapore about the most horrifying job interview mistakes that have tripped up candidates, so close to the finish line.

We’re sharing these common interview mistakes here, because we don’t want you to make them!

P.S. Special thanks to former e2i career coaches for their insights below. If you don’t know it yet, e2i was set up by NTUC to provide career guidance to Singaporeans, assist in developing their skills and helps to match them to job opportunities across a variety of industries. You can approach e2i for advice on how to get better jobs and better pay.

If you’ve left your previous job due to a bad experience, there’s no need to share this with recruiters or interviewers.

Not Willing to Accept or Admit Your Blind Spots

“There was a woman who constantly kept telling me that the interview went well and that there cannot be anything wrong with her,” the recruiter shared.

Some job seekers refused to acknowledge their flaws, even after being turned down from many interviews.

They were unwilling to adapt or recognise their weaknesses.

When finding jobs, be open to accepting constructive feedback. Acknowledge areas you can improve on.

Informing Interviewers Why You Cannot Commit to a Role

Remember, you’re supposed to present your best self during an interview!

Stating too many expectations during the interview affects your chances of even being hired.

When you directly tell interviewers why you cannot commit to a role, it shows your inflexibility and reflects poorly on you.

Many jobseekers think all interviews are the same.

So they use the same method for every interview – a ‘Factory Mill’, production-line approach.

They don’t bother preparing for every one.

You need to prepare meticulously for each one.

ResumeWriter Tip: Need more strategies and help to prepare for interviews? Check out our guide on how to answer the most common interview questions.

I had a candidate who asked for a ridiculous salary – despite having no prior experience – just because they are willing to learn.

Another one insisted on setting an appointment at a later time in the day because they wanted to go to their grandma’s house after the interview.

Naturally, these candidates never got a shot at interviewing.

Leave your pride and ego at the door when coming for an interview.

You’ll win me over by showing your passion and curiosity for the role.

An interviewee turned up wearing a very casual T-shirt and jeans for an executive role.

Of course, he did not land the role.

Your attire sets the first impression. Dress appropriately when attending an interview.

Unsure of the dress code?

Candidates show a lack of respect for their interviewer through various ways, including:

Saying “I don’t know” is a big pet peeve of mine, especially in the age of Google.

I always pose a challenging question and the ones I look for are the ones who say “I’m not sure, but I can certainly look it up or ask around and get back to you”. That shows initiative.

So avoid saying these three words in an interview.

If you really are unsure, be honest! Acknowledge your uncertainty, then follow up with the desire to circle back.

From my experience as hiring manager, one of the worst mistakes is to say “No” when I ask if you have any questions to ask me.

Always do your research and prepare for an interview beforehand

It shows your commitment and enthusiasm for the role.

Some candidates tend to ramble in interviews.

When asked a question, they break into a long story but never answer the question.

Don’t be that candidate!

Get straight to the point and answer the interviewer’s questions.

ResumeWriter Tip: Need more strategies and help to prepare for interviews? Check out our guide on how to answer the most common interview questions.

This is the WORST mistake you can make when preparing for interviews.

Don’t go for the interview with no knowledge about the company!

Do your research on the company before the interview, the position you’re applying for, and tailor your preparation for the role.

Being well-prepared for an interview is just half the battle won.

Lock in that victory by avoiding these interview mistakes.

You’re so close to nailing the job of your dreams.

If you haven’t yet, check out these other interview-related articles:

ResumeWriter Tip: Interview strategies wouldn’t work if you don’t get callbacks. To get callbacks, you need a well-written CV and Cover Letter. We can help you. Reach out to us.

"Do You Have Any Questions for Me?" | 50+ Questions to Ask During a Job Interview